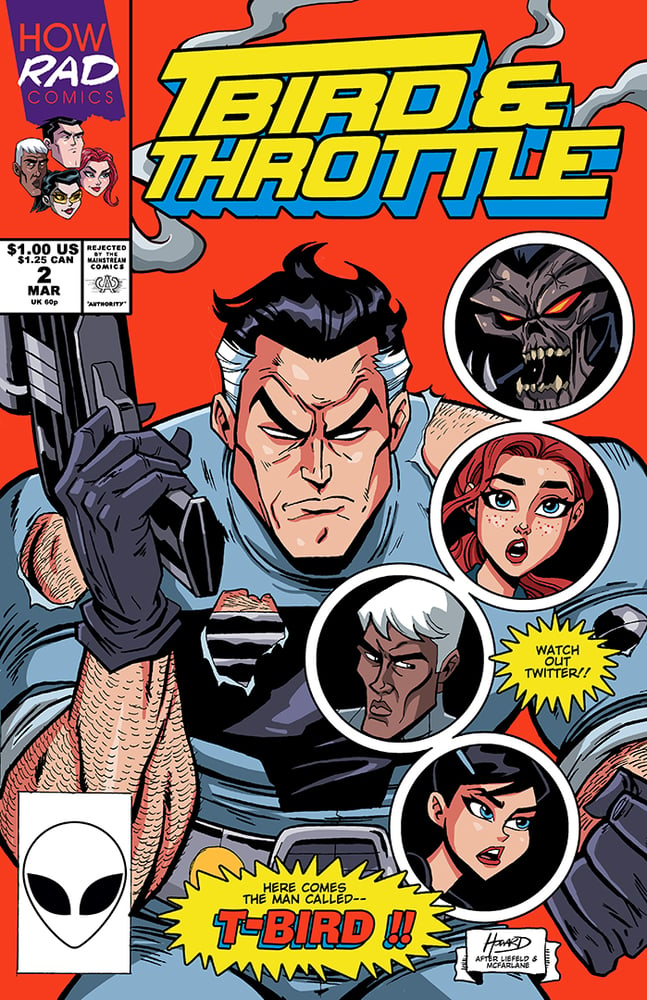 The story continues! If you missed out on the Indiegogo campaign, you can still get your copy of the 56 page T-BIRD & THROTTLE #2 with an all new New Mutants tribute cover.